Promotion block: when your boss doesn’t want to let you go 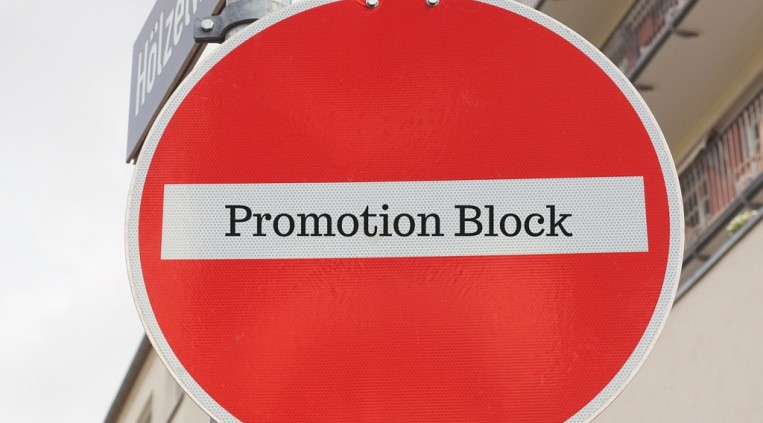 In my last post, we looked at four reasons why your boss might be keeping you from being promoted. This time, we’ll be looking at a tough one: your boss simply doesn’t want to let you go.

So how can you achieve the career goal of a manager despite a boss who still wants to keep you close by? see  how to measure success at work, right?

It’s almost an impossible situation. You’ve been doing an outstanding job and are sure that you deserve a promotion, yet your boss doesn’t want to give you up. Of course, the first thing to come to mind is that you're being penalized for having been such a good employee. In fact, what you then might feel like doing is to seek revenge on your boss by becoming careless with your work. After all, you're not being promoted is all your boss’s fault, right?

Wrong. Like in every situation involving two people, both parties have contributed to this situation. You’re probably wondering what you could have done to cause a situation in which your boss would keep you, such an exemplary employee, from being promoted.

What you might be surprised to find out is that you’ve played a big part as well. And it probably started on your first day of work. To prove yourself as a competent employee, you soaked up everything that you could about the department, even becoming more of an expert on matters than your boss. You loved it when your boss would refer people from other departments to you, stating that you were the one that knew the most about a particular subject. But you didn’t stop there. Little by little, you also began to handle tasks that were your boss’s responsibility. Over time, you became more efficient than your boss. Oftentimes, your boss would brag about your talents in front of other people in the department - no better way in terms of how to measure success at work, right?

So in addition to your earning points with your boss, you also “earned” your boss’s dependency on you. So it’s not that your boss isn’t acknowledging your outstanding work and just wants to keep you close. He or she is simply unable to function without you. Giving you up to promotion would be equivalent to shooting themselves in the foot.

This situation is much more common than you might think - and tends to leave many middle managers feeling both angry and frustrated. What’s important to remember, however, is not to let your feelings take control - and to think “prevention.”

The first method of prevention is to be aware of the ways you might be contributing to your boss’s dependence on you. In this way, you’ll soon learn just how much your boss depends on you. One telltale sign of your boss’s overdependence on you is their overpraising of you - both in terms of frequency and the kind of praise. What’s hard is that everyone likes praise. But overpraising, like overdoing anything else in life, is usually a cover-up for something else lurking beneath. In this case, it’s your boss’s admission that he or she simply can’t function without you.

To prevent this, you have to stop creating situations in which your boss overpraises you. Of course, it might not always be clear when this occurs. So it’s important to take note of such situations and then to avoid them in the future. In this way, you’ll develop a clear picture of how you might be contributing to your boss’s overdependence on you as well as the types of situations to avoid in the future.

In a previous post, Planning your next promotion, here’s how to handle your boss, I provided step-by-step guidance on letting your boss know you’d like to be promoted. Now I’d like to focus on the overdependence aspects a bit deeper.

Prevention should begin one countdown year before you decide that you’d like to be promoted. Check how dependent your boss might be on you. Do all department projects go through you first? Are you the go-to person for details regarding your department’s activities? Do you seem more up to speed on things than your boss? If you suspect the answer to any of these questions is “yes,” then it is absolutely essential that you take this year to lay the groundwork, so that you can be released from your boss’s overdependence on you.

At the beginning of the countdown year, remind your boss of your desire to be promoted as well as the importance of the department’s sustainability. Taking both of these into consideration, stress how important it is to identify and groom a successor who will be able to take on your role one day. On one hand, this will relieve your boss of any anxiety they might be experiencing as they contemplate your exit. On the other hand, you might feel that bringing in your own replacement could present a risk to your career. However, keep in mind that the survival of your career depends on your being set free from your boss’s overdependence on you.

Another crucial preventive action at this stage is creating a group of influential decision makers in the organization who will support your promotion. This measure will help counterbalance any plans your boss might have to thwart your promotion - especially if he or she is over dependent on you.

Remember that these preventive measures can save a great deal of heartache and disappointment as you pursue your next promotion. So by identifying the signs of your boss’s overdependence and nipping them in the bud, you’ll be well on your way towards the corner office. see  how to measure success at work, right?

A good way of describing, and good article to take facts about my presentation subject matter, which i am going to deliver in college.

Good way of describing, and good article to take facts about
my presentation subject matter.