How should I ask for promotion ? 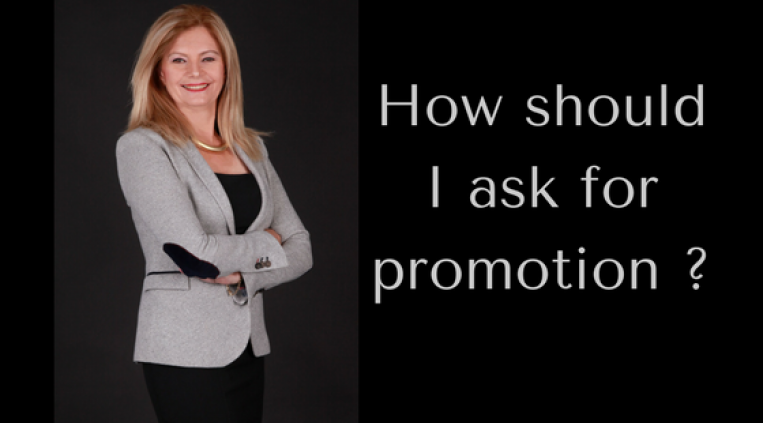 Deep down inside, you know it’s high time you were promoted. You feel it in your head, your heart, and your bank account. And somehow you know that if you don’t get promoted soon, you probably won’t get another chance - derailed from your corporate development career path. But here you are still waiting for your organization to come to the same conclusion. After all, with all of the hard work you’ve done, offering you a promotion would be the right thing to do. So you wait and wait...and wait.

Based on over three decades of experience, you’ll probably keep waiting...while your coworkers bypass you one by one along your lonely corporate development career path.

If you’re ready now, then it’s time to stop waiting and to start acting.

So here’s the question: what is the best way to ask for a promotion?

First, you should know that asking for a promotion is not a matter of semantics. It’s not about whether you frame it as a direct question, a suggestion, or even a hint. It’s more about being very clear. And it’s also a process.

In your mind, plan out three to five meetings you’ll have with your boss. These meetings should be spread out over as much time as possible, but of course this depends on how urgent the promotion is for you.

In the first meeting, you want to let your boss know that you are an ambitious player and that you see yourself growing within the organization. This will help put your boss in the mindset of viewing you as a long-term investment - someone they should train, assess, and pay attention to.

The next two to four meetings should be a mixture of formal and informal encounters. No matter what the subject is, you need to reiterate to your boss that you would like to advance within the organization. Ensure that each “hint” includes your boss’s feedback in terms of steps you should take to make this happen. This process helps commit your boss to your eventual promotion, as they become an active partner in turning it into reality.

These first four meetings are what I like to call “laying the groundwork,” as they help to build the solid foundation on which you’ll eventually ask for a promotion.

The fifth meeting should include a direct request for a promotion. By this time, your boss and you have been working together in order to arrive at this moment. As such, granting or recommending you for promotion seems like the natural thing to do - because of your joint commitment so far.

Obviously, this process seems easier said than done. Planning out the series of meeting is one thing; actually carrying them out is another. Yes, you need the courage to bring up a subject that might make you feel uncomfortable. And yes, you need the courage to face a possible rejection. But consider the alternative - waiting around isn’t going to get you anywhere. So don’t let too much time pass. Begin planning your journey towards the corner office today.