When is it time to leave my job? 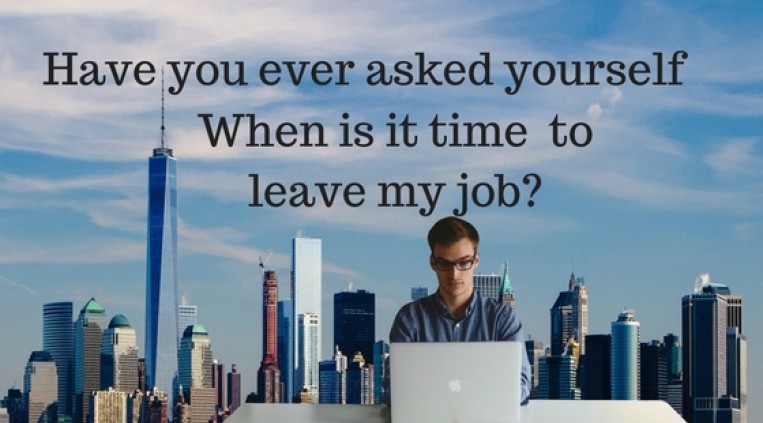 After being a rejected for a promotion, one of the first questions that might come to mind is if it’s time to leave. This question is a biggie and shouldn’t be taken lightly because your decision could be one of the major factors affecting career development for you. So please...I repeat, please...do not let your emotions take part in your decision. Instead, consider one issue and one issue only: What would best help me get promoted?

Obviously, one of the factors affecting career development that might help you get promoted is leaving the company. But this would only be if you were told that your next promotion hinges on one of the following actions on your part:

I’ll give you examples of each of these:

Going against your grain

Let’s say that during the meeting in which your were rejected, your boss tells that if you would just take more time to socialize with the team, more people would get to know you and then you’d be a prime candidate for promotion. For your boss, socializing with the team means having a beer after work a few times a week or meeting for a run on Saturday mornings. But for you, more socializing with the team equals less time with your family. You already spend a tremendous amount of time at work and you really look forward to evenings and weekends with your family. So extra time with your co-workers would just go against your grain  - and you’d just end up frustrated with both yourself and the company. In such a case, it would be appropriate to leave the company, as the only way up would be “out of bounds” as far as you’re concerned. The wiser thing would be to find a company where extracurricular activities are not part of the criteria for promotion.

You’ve been told that you have a good chance of being promoted, but in order to do so, you have to increase sales by 20%. While this might seem doable on paper, to achieve this realistically, you’d actually need another two or three sales associates under you as well as a significant budget increase. When you mention these conditions, you’re informed that the company just can’t afford these at the moment - but that if things turn around, you’ll get them. You, of course recognize, that you’ve just been given mission impossible - literally. It’s simply impossible to increase sales by 20% given the current resources. It’s at this point that you should realize that a promotion will never happen for you under these current circumstances. Time to find a place where you’re provided with the appropriate resources to meet your goals.

While I’ve given two cases where it might be wise to seek greener pastures, it’s imperative that you analyze your specific situation - as emotionlessly as possible. If, indeed, you’ve found that leaving your current company will increase your chances of being promoted in the future, then by all means, begin making the move now.