4 steps to turning your annual review into a promotion 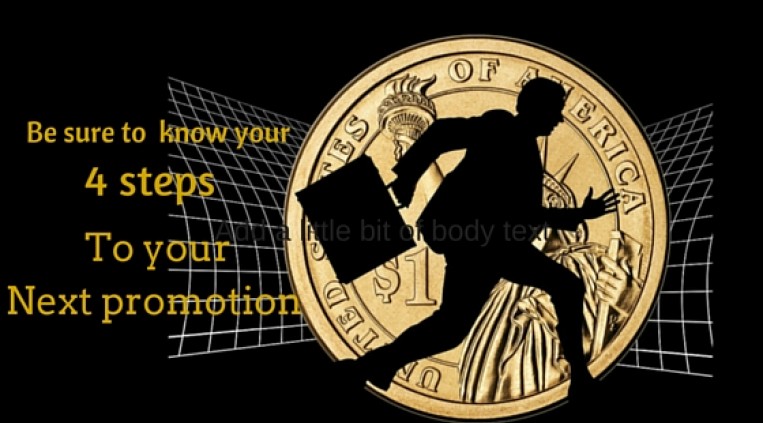 Another annual performance review has come to an end. And once again, you’ve managed to make it out alive. Good job.

But what’s next? What should you do with the information you’ve just gotten? You could be like 73% of all mid-level managers and just go about the rest of your day...week...month...and year.

Or you could take advantage of this yearly opportunity to significantly increase your chances for promotion - one of the greatest examples of goals for employees in performance reviews.

The insight you can gain from your annual performance review can be invaluable. It can translate into an action plan to put you at the top. But unfortunately, most people miss out on the important insights and end up remaining exactly where they started.

So the question of the day...or the year…is:  how can you gain the insights needed for getting your next promotion?

Before moving on, I want to dispel some myths. Many of you are probably thinking that information from an annual review couldn’t be nearly as important for promotion as, for example, raw talent or good ol’ elbow grease. But this couldn’t be further from the truth. If this is your viewpoint, then you’re promising yourself a nice, soft landing into the very same position you’re in right now.

You want proof? Check out how most people experience their annual review:

They listen intently during the review.

They interpret what they’ve heard according to what they want to hear.

They make conclusions based on their interpretation.

They make decisions based on these conclusions.

They form a game plan based on these decisions.

They play out the game plan.

So as you’ve surely realized, there’s a direct link between your interpretation of events and the action you eventually take. This is all fine if your interpretations lead to your next promotion. But what happens if you misinterpret what you’ve heard? You’ve got it - disaster.

I’ll give you an example. Let’s say a boss tells an employee that they’ve got the potential needed to get a promotion and that to make it happen, the boss provides them with solid examples of goals for employees in performance reviews. For example, the boss might mention carrying on producing the same quality of work, demonstrating abilities, and making the same time investment made so far.

Believe it or not, this kind of statement can be interpreted in at least four different ways:

1.    I’m well-appreciated and I’ve got a lot of potential, so I should just keep doing as I’m doing.

2.    I should continue doing the same things that prompted my boss to say what they said.

You can probably guess what the major mistake here is: trying to form a game plan on just some of the information required!

So where does the other information come from, you’re asking? From you, the employee! Now let’s rewind to the beginning of this post.

Well done for getting through your annual performance review. Maybe it would be a good idea to go to lunch or to step outside for a little fresh air.

Now, after feeling refreshed, visualize the promotion you’d like to have in the upcoming year and follow these four critical steps:

List the skill sets or accomplishments needed to get this promotion.

Make a table that compares this list with the feedback you received in your annual performance review.

Using the table, make operative decisions to prepare yourself for your next promotion. For example, you might need to:

Based on your operative decisions, formulate an action plan. And most importantly, ensure to check in with yourself at least every three months to see how you’re progressing.

Diligently following these steps will help turn your annual performance review into a promotion action plan - and place you among the 27% who will succeed.