“Now I know what I need to do to get promoted." 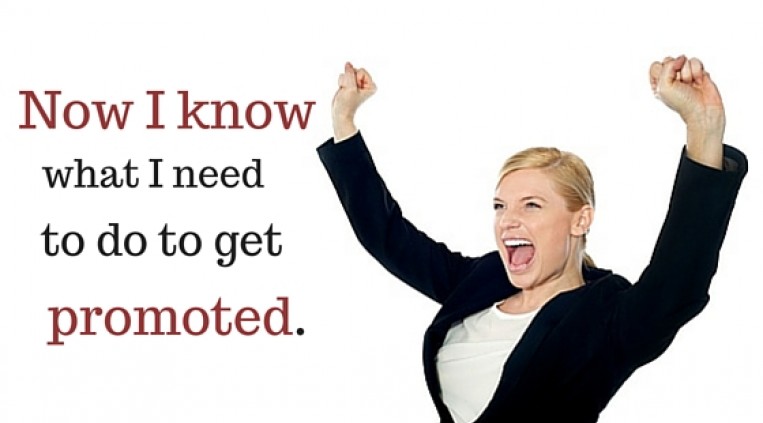 Welcome to part 5 of my 6-part Success Series, where I tell the stories of managers who find themselves facing difficulties during their climb up the corporate ladder.  The Success Series is dedicated to your success, with the hope that you’ll use these stories as a source of strength as your make your way towards the corner office.

This week, I’d like to share the story of Rob who was having trouble reflecting on his management style until he made an important discovery.

"You just need to be more effective.” I had been hearing this sentence from my boss for over a year now. It was one of the many examples of goals for employees in performance reviews that kept echoing in my mind. I had been vying for a promotion and had felt comfortable enough to let my boss know, even preparing my resume for internal promotion. Every time I hinted at it, though, I was met with the same sentence. I finally sat down with my boss over lunch one day and asked him what he meant. He told me that by being more effective, he meant that I needed to make decisions faster, sometimes even sacrificing the full consensus of my team members. I couldn’t believe my ears. How could I disregard my valuable team members? It had been through my intensive team building efforts that had made us so cohesive, let alone developed my reputation as a well-loved manager.

I had heard about Etika from a colleague and decided to make an appointment with her. After a quick chat about my frustration, Etika explained to me that every manager has what’s known as a “dominant management style” and that on one hand, this is what has led to my success so far, while on the other, it can actually squash any further potential - even with such a successful resume for internal promotion. It was really interesting to hear all of this and it somehow gave me hope that maybe by developing my potential, I would be able to, in my boss’s words, be “more effective”.

I asked Etika how I can find out more about my management potential. She sat me down in front of a computer and had me fill out a questionnaire. After analyzing the results, she showed me both my dominant and potential management styles. More importantly, she remarked that my dominant management style was keeping my potential management style from developing. This all started to make a lot of sense to me and I realized that all that I had to do was to “make room” for my potential management style.  I promised Etika that I would work on this and thanked her so much for sorting things out for me. I was determined to make a significant change. Etika smiled and let out a slight chuckle. I looked at her a bit confused and she answered that there’s quite a difference between knowing that you have to do something and actually doing it. She wished me good luck and I was on my way.

Rob spent the next week writing a list of ways to develop his potential. He even made a list of key websites and books that he would be sure to consult as he embarked on his journey.

Rob realized the importance of identifying his dominant and potential management styles. It’s the first step towards meaningful change.

Do you know your dominant and potential management styles? Leave a comment below.