Is Being a Go-Getter Stopping Your Career Advancement? 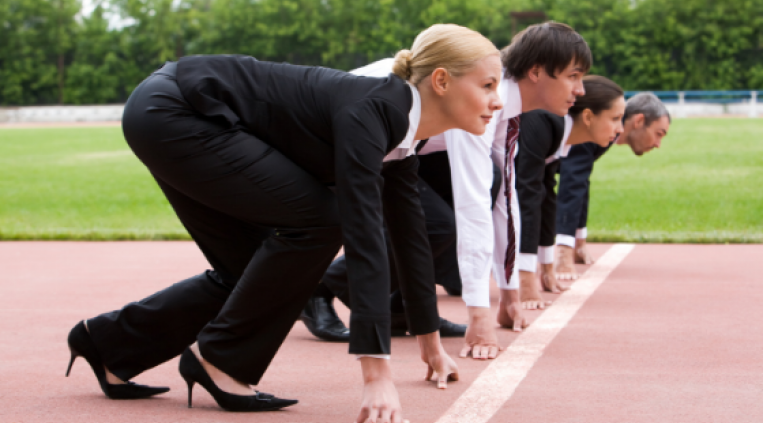 There is no doubt companies benefit from quick-thinking, fast-acting talented people who are true go-getters who are clearly working on their corporate development career path. These kinds of people hunger for challenges, and take on any task with seemingly endless enthusiasm and energy. They have a particular drive and passion that is sometimes unmatched, driving their team to reach goals over and over again.

What these go-getters are is Producers. It is not uncommon for many managers to be recognized as Producers on their corporate development career path. They are an asset to any company because they become involved in almost every aspect of a project from the initial ideas to its completion. They offer real hands-on support for all team members and they are accessible 24/7 if need be.

So, why can being a Producer hamper your promotional opportunities? After all, this type of manager is truly valued within the workplace, right?

It is not uncommon for Producers to be quickly promoted up through the ranks to middle management positions. However, it can be difficult for them to move up into a senior position despite working so hard and keeping their nose to the grindstone.

This might be a surprise because Producers seemingly deserve a promotion and all the rewards that go along with it. They have a great track record that speaks for itself and they have a great reputation for achieving goals. There is no shortage of opportunities either, so the big question is, why are Producers left on the shelf, stuck in middle management positions?

The answer is clear when you know why. Let’s take a look:

Producers become so focused on driving to meet targets and taking on new projects they neglect other important factors needed to fulfil the role of senior manager.

In truth, Producers are viewed as uniquely individual. They are one-person shows, as it were, who are good at what they do, but who lack other important skills.

Producers can be so driven their team often lacks proper training. Developmental opportunities are missed because Producers are always looking forward when they should be stopping to see who needs support right now.

As well, Producers may not be good at following policies or procedures. They know they exist, but they don’t want them to get in the way of the success of the project; and this is never a good thing. We all know that policies are there for a reason.

So, if you are a Producer what do you need to do to get that promotion?

It’s not as bleak as it sounds. There are plenty of things a Producer can do to ensure that the next promotion is theirs. If you can identify with this type of manager, then take note of the following.

Create time to sit down, one on one, with each member of your team. Ask them how they are feeling about their current job. Do they need training in certain areas? Where do they see themselves in two, five or ten years? And most importantly, how can you help them achieve their goals?

Also, step back and allow your team to drive a project themselves. They probably don’t need your constant input. This might, in truth, be perceived as interference, and that can develop resentment. Instead, give them enough space to thrive.

To become a better manager you will need to be well-rounded, versatile and flexible. You deserve that promotion, but you are going to have to work for it.

Being reflective is always a good thing, and it can only lead you to bigger and better things in the future. Taking stock of what kind of manager you are, and how best to improve on the skills you already have is a great start.