“Think big but start small: the #1 key to success” 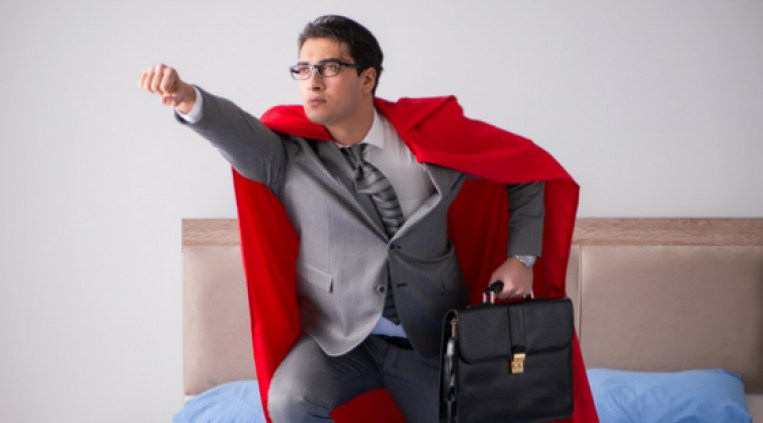 Middle management is the time when your career can either soar north or plummet south. Unfortunately, for most middle managers, plummeting is the default. It’s not because they’re not talented or lack the ability to soar, an example of how to measure success at work. It’s actually because the flight path was never planned very well.

Up until this point in your career, you might’ve taken careful baby steps - from entry level to team leader and finally to middle manager, honing in on whatever background you’d come to your company with. Of course, this path has served you well so far as a respected middle manager. This is a reasonable indicator of how to measure success at work.

But what’s the next step? At this stage in your career, planning this next step requires a complete change in mindset. Many successful middle managers decide they want to vye for the most senior position in their discipline. For example, a mid-level marketing manager might set the goal of becoming the chief marketing officer. Naturally, they might begin to meticulously plan their climb towards this position, rung by rung up the corporate ladder. The rationale here is that each rung would be a “realistic” move as the years go by. And, if they’re lucky, they’ll reach CMO status one day. If not, they’ll be left by the wayside along with the majority of frustrated middle managers.

So how can you make sure you don’t become a middle management castaway? The first thing you need to do is think big. Solid career planning that leads to real results requires that you take the time to think out-of-the-box when it comes to your ultimate career dream. Taking the mid-level marketing manager as an example, trying out “what if” scenarios is key. For instance, what if you envisioned yourself as CEO or in another C-suite role? Would a series of short term, step-by-step plans to move up the ranks in marketing necessarily make sense? Of course not. To be a CEO, you would need to acquire experience in nearly every other discipline in the company. But if you limit yourself to in-the-box planning limited to the next rung on your career ladder, you’ll miss the big picture...and find yourself stopped in your tracks.

Only after taking the time to think big can you then start to see the multiple paths available to you to achieve your ultimate goal. And once you’ve identified these paths, you can then begin to choose one to plan your next step.

When you’ve chosen a path, formulate goals that will allow you to stick to it. Don’t make what I call the gym membership mistake and commit to seven workouts a week. Instead, aim for two days and then build up gradually. For instance, if you know you want to learn about the financial side of your company, attempting to gorge on every financial report in sight is unrealistic. Sure, just like the gym, you’ll start out with great intentions and full of energy. But then, little by little, the stack of reports will start gathering dust and you’ll blame yourself for failing to live up to your own expectations.

A much more productive plan would be to munch on a couple of reports for a given amount of time and then to increase any intake as time permits. The important thing is that  once you have your overall vision in place (and not just your next short term move), accomplishing your vision bit by bit will lead to real progress.

1.Give yourself some time to work out your ultimate goal, leaving “realistic” short-term goals aside.

2.Make a plan towards accomplishing this goal, acknowledging that there are mutliple paths.

3.Begin one or two steps towards the goal, increasing these steps as you are able.