“I was passed up for a promotion twice - and had to find out why." 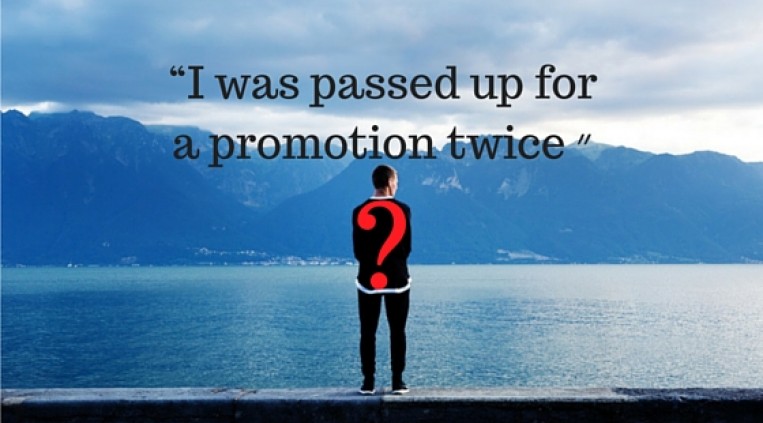 Welcome to my 6 part collection of posts that I call the Success Series. Each post will tell the story of a manager I’ve helped overcome a crucial career hurdle. I hope that you’ll draw inspiration from these stories and will begin paving your own way towards the corner office.

This week, I’d like to present the story of Jane, who had been passed up for promotion twice. Like many of the people I’ve worked with, Jane was failing to reflect on one of the most important factors affecting career development - the image she had been projecting to others at work.

It was the second time that I had been passed up for a promotion. I was really confused - why was this happening to me? I was both disappointed and frustrated that I really didn’t know how to move on - what were the factors affecting career development? Associates of mine who had been successfully moving up the career ladder recommended that I get in touch with Etika. Honestly, I was hesitant, as I was sure that none of this could be my fault and that the best thing to do at the time was to leave my current job and seek greener pastures. When I told all of this to a friend of mine over a drink one evening, he urged that I heed the advice of my colleagues who had met with Etika - so I made an appointment for the following week.

At about 7 pm one evening, I walked up the stairs leading to Etika’s office. When I entered the office, I was slightly taken aback - I suddenly found myself surrounded by what seemed like dozens of mirrors - just like you see in a house of mirrors at an amusement park. Trying to find my way to let Etika know that I had arrived, I peered into one mirror, then another, and so on, realizing that each mirror revealed a slightly different of image of me. When I managed to find and meet Etika, I asked her what the deal was with the strange entrance to her office. Rather than answering me, she asked me to think about the reason for the mirrors. I wasn’t sure, so she tried to help me a bit by asking me what I thought might be the reason why each mirror reflects a slightly different image. I was still clueless. She told me to compare these mirrors to all of the people whom I work with - colleagues, subordinates, and bosses. Each one sees me differently from each other as well as from how I see myself. I was starting to catch on, but was still a little confused. If everyone sees me differently, then how in the world would I be able to influence how they see me? This was just my point - wasn’t this just a hopeless mission? I thought to myself that coming here really was a waste of time. But then Etika said something that caught my attention. She said that if we can identify the things that people see in us, then it does open for us some kind of avenue to be able to influence our reflection. I wasn’t really convinced, in fact I was rather skeptical, but being an open person, I was willing to listen a bit more.

Well, this “bit more” actually continued for just over a year - a year of self-reflection and hard work, mind you, but completely worth it. Within that time, I finally achieved that tempting career advancement and four years later, I made it to the coveted corner office. What’s the big secret? It’s those mirrors that I told you about - they’re always with me to help me along.

Jane finally realized that self-reflection is key to understanding how others see you. It paid off for Jane and will pay off for you, too.

Have you become more aware of the image you project to others? Leave a comment below.