"I finally discovered why they wouldn't promote me." 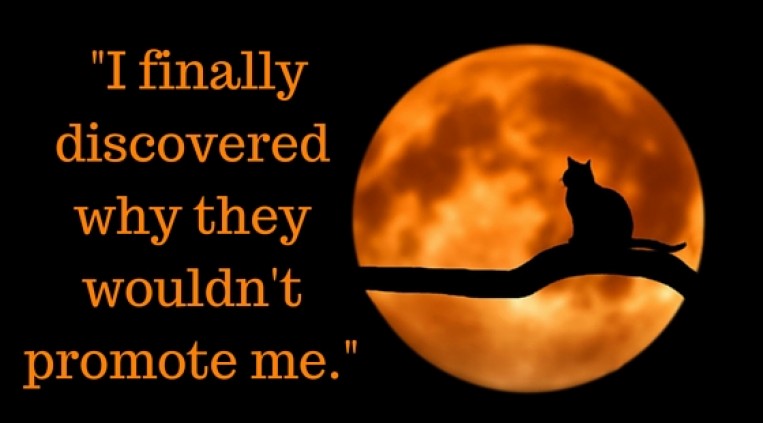 Welcome to part 4 of my 6-part Success Series. In this series, I profile managers who’ve faced some rather difficult career challenges.  I share these stories to show that what you are experiencing is common among many managers who are journeying towards the corner office - and to encourage you not to give up.

This week, I’d like to share the story of John, a super successful sales manager, who couldn’t understand what he was doing wrong.

I had just come out of my last performance review pretty down and out. My boss couldn’t stop praising my achievements last quarter, especially the fact that I had met all of my sales goals - certainly a great way of how to measure success at work. I was sure that this was going to result in her offering me a promotion. But just the opposite happened. Instead, she told me that I was not going to be up for promotion for the following year. I was flabbergasted. How could it be that I am doing such a good job yet ineligible for promotion? When I asked her this, she said that I am not quite ready for more managerial duties and that I needed to carry on in my present position for the time being. How could this possibly be? For years, everyone has been telling me that I am wise beyond my years.  None of this was making sense at all.

I decided to let the dust settle for the rest of the week. Over the weekend, I called one of my old college buddies and told him about the performance review. He was just as surprised as I had been, especially regarding how to measure success at work. So he suggested that I get in touch with Etika. If there was anyone who could help, she could. I wasn’t sure about this. After all, it was my boss's poor judgement, not my issue.

Reluctantly, I made an appointment for the middle of the following week. When I made it to the top of the stairs and entered Etika’s office, I was met with an array of mirrors - each one reflecting a slightly different image of me. Some of them were pretty funny looking. I navigated my way through a couple of more mirrors and was then greeted by Etika. After introductions, she offered me a seat and asked me what I thought about all of the mirrors. I told her that it reminded me of the house of mirrors at an amusement park. She pressed on, asking me to think about the meaning behind all of these funny images. I wasn’t sure where this was going, so she explained. She said that these reflections represent how others - especially those in charge of promoting me - might see me. She explained that it was important to identify the aspects that people see as hindering my ability to function in a more senior position. Also, it’s important to see how some of the things you see as advantages might be perceived as disadvantages to others. This last sentence got me thinking. Sometimes, I am so goal oriented that I take over projects, leaving team members behind. In this way, I don’t really delegate tasks, teach my team members how to overcome challenges. I guess that this is why I hadn’t been considered for promotion.

I decided to give Etika a try. After about a year and a half of hard work, people started to see me differently, wondering how I’d made such a 180 degree change. Needless to say, I was promoted during that time and have been promoted again since then.

John changed the way he thought about “success” and therefore was able to make the changes needed to modify his management style.

Have you ever reconsidered what it means to be successful? How might it have influenced your career goals for a manager like yourself? Leave a comment below.