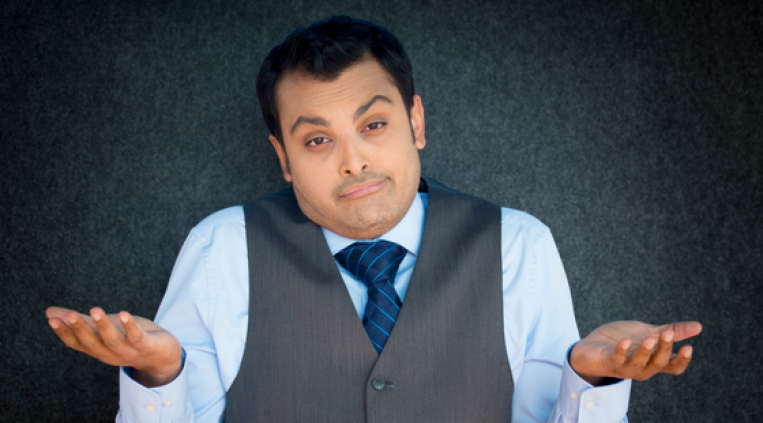 How often have you wanted to crawl inside the head of your boss to find out what they’re really thinking about you? More time than not, right? That’s the answer that most middle managers give on career development survey questions - especially those who are serious about managing their career. There are usually two questions that go through a middle manager’s mind when trying to find out what their boss thinks:

In this post, I’ll concentrate on the first question. (Look out for my thoughts on the second question in a future post.)

So just why is it so important to know what plans your boss has in store for you? Well, for a middle manager whose eyes are aimed at the next rung on the corporate ladder, getting stuck in a middle management position is the last thing you want. But unfortunately, what happens to many middle managers is that they get so bogged down working on the tasks at hand that they forget to look up to see if they’re actually heading upwards. It’s these managers who get caught by surprise when they’re overlooked for promotion over and over again. So how do you make sure you’re don’t get surprised? It’s by finding out the answer to one of the most popular career development survey questions: What plans does my boss have in store for me? Here are three ways to find out:

Yes, it’s as simple as that. Here are a couple of questions to get you started:

If I wanted to advance to a new position, what would you think?

If I were to apply for a promotion, would you support me?

While this is the most straightforward way to ask for your boss’s position, it’s not necessarily going to yield the most honest answer. So instead of taking your boss’s answer at complete face value, use it instead as a barometer to check the general climate. But to get a more accurate answer, you’ll have to do a bit of analysis. I’ll explain in my next two points.

The general principle here is to understand if there’s a match or mix between what your boss says and what they do. For example, when your boss showers you or others with praise, are there any actions to validate this praise, such as a promotion or even some added responsibility? Or does it all just evaporate into hot air? If it’s the second situation, then there’s a definite mismatch between what your boss says and what they do. This is bad news for you, because it means you can’t count on what your boss says. Here’s another scenario. When you ask your boss about their plans for you, are you given a direct answer - something you can count on? Or are you given the runaround, either by diverting your question to another issue or by being supplied with a vague, lifeless response? Notice that in the second case, your boss doesn’t obligate themselves to any action that would back up their answer to your question. So when might you be able to count on what your boss says? That’s my next point below.

One way of trying to measure your boss’s sincerity is by noticing where they make their statements with regard to your future. For example, if, during a one-to-one meeting, your boss declares that your performance is worthy of a promotion, don’t rush to the car showroom just yet. Instead, acknowledge that many bosses use such platitudes to squeeze a bit more motivation out of their employees. After all, they didn’t say that you’re getting a promotion. If, however, this kind of declaration is made at a Friday end of the week toast in front of the whole team, then your chances of promotion are probably higher. In this case, everyone’s heard your boss use the word “promotion” with your name in the same sentence. Of course, none of this is science and I’ve seen both cases go both ways. Nevertheless, it’s generally a good rule of thumb that people know they’re more liable for what they say in public than what they say behind closed doors.

As you can see, none of these methods is foolproof. However, I hope they help remind you to look around you from time to time so as not to miss any opportunities to climb the next run on the corporate ladder.