Discover why you've been rejected for promotion 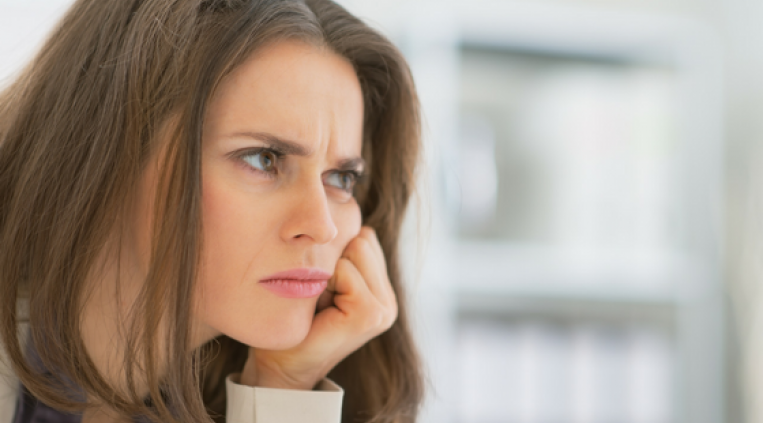 You’ve delivered results. You’ve gotten great feedback. You’ve excelled at management courses. And everyone in the company respects you. Talk about how to measure success at work! But, alas, you’ve just been passed up for a promotion. How could this be? And what can you do about it?

Priority #1: Find out exactly why you were rejected.

It’s pretty simple. Without knowing exactly why you were rejected, you’re likely to continue making the same mistakes...and heading for another rejection the next time around. By the way, my assumption is that you’ve been doing your best all along in all forms of how to measure success at work - and that you genuinely don’t know why you didn’t get this last one. But here’s the kicker: whatever it is that you’ve been been doing will probably lead you down Rejection Lane once again. I know what you’re thinking: “I can’t be that out of tune with myself.” But you are. It wasn’t just tough luck or bad karma this time. There’s definitely something else lurking around that’s keeping you from being promoted. And it’s your job to find out what it is.

Again, I know what you’re thinking. You don’t need me to tell you why you were rejected. Your boss has already taken care of that. Let me guess. It went like this:  your boss encouraged you with phrases such as,  “keep making an effort” or “just try a bit harder…”, right? Or maybe you got some lukewarm feedback, such as “management feels you might be too…” I’m not criticizing your boss here. Don’t forget that things aren’t easy for them either. Delivering bad news is hard for any boss and the last thing they’re going to do is pile on more bad news in the form of hardcore criticism. So to try to balance out the somber atmosphere a bit, bosses often offer encouragement and perhaps some general feedback...but not much at all to actually help you.

So, as you leave your boss’s office, here’s the bottom line: you’ve been rejected and you don’t really know exactly why. And this is detrimental to your next promotion opportunity. Why? Because you have zero information that will actually help you achieve it.

So what do we know so far?

Let’s summarize what you should know so far, so that you can get that next promotion.

1.    You’re definitely doing something that’s preventing you from being promoted.

2.    You keep doing this because you’re actually unaware that it’s your very own promotion killer.

Find the promotion killer. Here’s how to do it:

1.    Schedule a meeting with your boss at least a week after the rejection meeting (more on this below).

2.    Between now and the meeting, fill in this quick questionnaire. You’ll receive a short report revealing the reasons behind your rejection. (Go ahead, do it now.)

3.    Armed with the report, prepare yourself for the meeting with your boss so that this time, you’ll get the information you need to get that next promotion. (I’ll explain how to do this later).

The meeting with your boss

If you haven’t answered the questionnaire by now and received the report, do so immediately, as the report will help you prepare for the meeting. The report is key, as it will provide you with a reflection of yourself as others haven’t or won’t tell you. Think of it as the proverbial “fly on the wall” in a room where others begin talking about you as you close the door on your way out. Accessing this fly on the wall information will provide the most valuable insight regarding why you’ve been rejected. You’ll use this information later to help your manager open up and reveal the promotion killer.

I’ll illustrate this with an example:

Let’s say that you’re a real team player. You’re great at bringing team members on board and fostering commitment to any project you’re in charge of. Upper management is well aware of your talent and you’ve received both formal and informal recognition for it over the years.

But here’s the flip side to this talent. Because bringing everyone on board is so important to you, you’re willing to take a bit longer than usual to finalize decisions. Of course, you know what you’re doing, but others around you might be interpreting this holding pattern as a sign of unnecessary hesitancy or a lack of self confidence. Unbeknownst to you, you begin “earning” the reputation of someone who can’t handle complicated decisions - the ones that would be required if you were to be promoted.

With this kind of fly on the wall insight, you could, for example, pose the following question to your boss: Does my insistence on bringing everyone on board before making critical decisions make me seem like I’m hesitant or lacking in self confidence?

With this kind of question, you’ll be putting the cards on the table - letting your boss know that you’re both on the same wavelength. With this understanding, you’ll finally be able to have an open, honest conversation that will include the specific information you need to improve your chances for promotion next time - i.e. discovering the promotion killer.

I imagine that by now you see just how critical the report is to your career. It’s not only a fly-on-the-wall honest reflection of why you’ve been rejected. It’s the missing link you need to achieve your next promotion.

So if you’ve been rejected this time around, seize this pivotal opportunity and find out why.